The Most Beautiful Mummy - Truth Revealed

Rosalia Lombardo (December 13, 1918 in Palermo, Italy – December 6, 1920), was an Italian child who died of pneumonia. Rosalia's father, Official Mario Lombardo, was sorely grieved upon her death, so he approached Alfredo Salafia, a noted embalmer, to preserve her. Her body was one of the last corpses to be admitted to the Capuchin catacombs of Palermo in Sicily. Embalming: Thanks to Salafia's embalming techniques, the body was well preserved. X-rays of the body show that all the organs are remarkably intact. Rosalia Lombardo's body is kept in a small chapel at the end of the catacomb's tour and is encased in a glass covered coffin, placed on a wooden pedestal. A 2009 National Geographic photograph of Rosalia Lombardo shows the mummy is beginning to show signs of decomposition, most notably discoloration. To address these issues the mummy was moved to a drier spot in the catacombs, and her original coffin was placed in a hermetically sealed glass enclosure with nitrogen gas to prevent decay. The mummy is one of the best preserved bodies in the catacombs. Technique: Recently, the mummification techniques used by Salafia were discovered in a handwritten memoir of Salafia's. Salafia replaced the girl's blood with a liquid made of formalin to kill bacteria, alcohol to dry the body, glycerin to keep her from overdrying, salicylic acid to kill fungi, and zinc salts to give her body rigidity. Accordingly, the formula's composition is "one part glycerin, one part formalin saturated with both zinc sulfate and chloride, and one part of an alcohol solution saturated with salicylic acid." Source: http://en.wikipedia.org/wiki/Rosalia_Lombardo Our Research: According to our research, there is NOT even a single fresh dead body of any Non-Muslim in the world with blood without any chemicals used since the prophethood of prophet Muhammad (peace be upon him). Differences between Fresh Dead Bodies of Muslims and Incorruptible Dead Bodies of Non-Muslims: * Incorruptible/Corrupt Dead Bodies of Non-Muslims - No flexible dead bodies like an alive human - No fresh dead bodies like an alive human - No fresh blood inside - Chemicals, Embalming or other methods used - Human actions were used to show them like fresh * Fresh Dead Bodies of True Muslims - Flexible dead bodies like an alive human - Fresh dead bodies like an alive human - Fresh blood inside - No chemical used - Preserved in fresh condition with fresh blood by the God 'Allah' Source: http://www.rightfulreligion.com/en187_differences-in-the-dead-bodies-of-muslims-and-nonmuslims

English   699
What Happens to Our Bodies After We Die? (TedEd)

Arabic   133988
Palestinian Muslim Martyr's did not Decompose after 6 Years

English   2860
Are the Prophets Alive in their Graves Facts & Myths 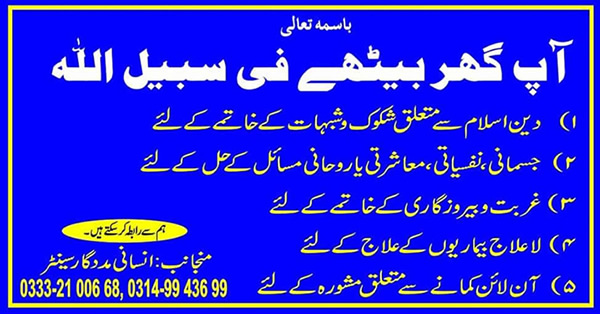