No Physical Proof of Existence of God?

It is often considered in real physical world that a high power also known as 'God' does not have any physical proof of existence and people assume it on basis of their assumption that 'God' must be believed when you can only see him with your own physical eyes, otherwise not.

However, it does not prove that there is no physical proof of existence of 'God' because if you cannot see someone sitting in a control room with very advanced scientific equipment and looking everyone out on a wide scale, it does not prove that someone is not seeing them even if people who are outside of the control room assume that the authority-person does not exist because they cannot see him.

And if there are many helpers with him then even in this case, people who are outside of that control room would never be able to see them from their own real physical eyes because those controllers are not physically in front of them. 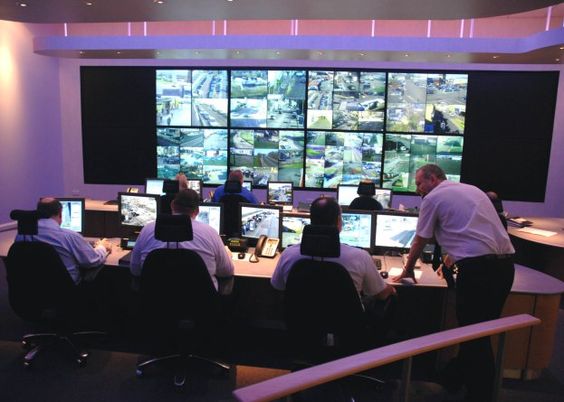 But if I ask you that would you deny the existence of those people in authority sitting in a control room by using your common sense? then your answer would be, no! Because it is simple to understand using our common sense only.

Now, if a person from control room is taking some actions through available scientific equipment to turn off the light of any area, or start an alert sound over any area, or send a robotic helicopter to any area, would not you consider those physical results be a part of some actions that were performed by someone?

If you will consider those results as co-incident, then what about if this happens again & again? repeated time? same result? you might think, it is surely not co-incident but it is happening because someone is doing it, even though you won't see that someone with your own physical eyes.

So you will actually start to believe in existence of a high power with more power and control than normal people walking around in the areas, streets or anywhere in the city.

And what if all the people who are not in control room would not be able to stop the authority people because they do not have any control and access to their control room? Obviously, it will happen because the power is in hand of controllers.

Similarly, in our real physical world, believers of God in majority assume, believe and claim that God does not have any physical proof of his existence but we must believe in God because we see others (our parents, religious leaders, spiritual healers, politicians, etc) doing the same thing.

However, is it true? Certainly not! Because when we look into real physical world then specific kind of results are continuously happening which are not being observed carefully with attention even by most thinkers then what will we expect from non-thinkers who are busy in their lives and they do not have enough time to think deeply?

In our physical world, the Almighty, the High Power, the Authority, the Creator, the Controller of everything is performing certain kind of actions from His throne where He positioned Himself after creating the world for His creatures.

What does he do and what's happening? He writes His name through the nature and He commands creatures of nature to invoke only His name from their own mouth so they start speaking like a human to say 'Allah' which happened in all over the world in the 21st century whenever Allah willed to demonstrate His power and control through nature.

Do you think it is co-incident?

If it is co-incident, then why does not it happen for the name of thousands of gods and goddesses of Non-Muslims?

If there are many gods and goddesses in the control room of universe then why were they all not able to perform the same result which was produced by God for His personal name 'Allah'?

What does only the name of Allah being invoked and pronounced by creatures of nature is showing and telling us? Does not it prove that there is someone 'Allah' with control and access to the nature? And are these results not physical and observable through our real physical eyes?

If yes, then are not these physical proof of existence of a high power whose name is only Allah?

If yes, then did you accept only Allah as the God, Creator and God of Nature?

If not, then why not?

If yes, then what can you do to help over five billion Non-Muslims of the world to know about their true God creator since they all are worshipping artificial gods and goddesses taught by their parents, religious leaders, and people of society?