According to Holy Quran Chapter 2, Verse 154 and Chapter 3, Verse 169 to 171 the Muslim Martyrs are spiritually alive, happy and well-provided by Almighty Allah. Therefore, there are millions of fresh dead bodies of Muslim Martyrs who also have blood in them since centuries and years. However, according to Holy Quran Chapter 2 verse 161- 162, all dead Non-Muslims are under painful punishment by Almighty Allah. So, it is my challenge that neither there is any fresh dead body of any Non-Muslim nor they could have fresh blood in them even for some hours after their death.

So, please preach this irrefutable miracle to all Non-Muslims without any doubt to make them revert to Islam so that Muslims can be safe from their religious hate, enmity and wars. 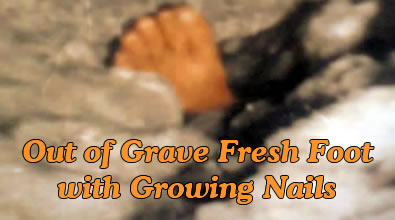